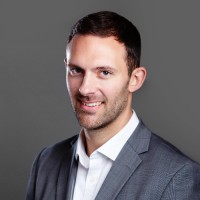 Introducing the new Head of Guardian Water Treatment, Toby Hunt.  Mr Hunt joined the company in 2016 and has been integral the Guardian’s recent successes, following its acquisition by WCS Group and integration into the Marlowe Critical Services Group.

In his new role, Mr Hunt will retain a strong working relationship with former Guardian Water Treatment MD, Steven Booth, who has been promoted to Water & Air MD of WCS Group.

Mr Hunt says: “It is an honour to take on this new challenge at such a promising junction for Guardian Water Treatment.  We have seen significant growth in recent years and with Steven Booth in his new position at WCS Group, there is huge potential and opportunity to build on Guardian’s previous successes.”

Under Mr Hunt’s leadership, Guardian Water Treatment will sustain its client-focussed mentality which has set it apart in the marketplace, delivering sustainable and highly effective water treatment solutions to customers across the UK with a strong focus on facilities management in London and surrounding areas.

Mr Hunt continues: “The FM strategy has been critical to business growth and there is still huge potential and opportunity here, not just within our external client base, but internally throughout the group.

In addition to Mr Hunt’s promotion, Guardian Water Treatment has appointed Steve Dawson as Head of Key Accounts leading the sales team, while Tom Sullivan will continue as Head of Operations.